What is my implant made out of?

Orthopedic Specialists of Louisiana Blog What is my implant made out of?

Patients often ask what their implants are made of. The answer depends on many things including if the patient had a total hip replacement or a total knee replacement.

The bearing surface of the hip replacement can vary based on patient and surgical factors. The ball on the femoral stem (in the ball-in-socket joint) can be composed of either ceramic or cobalt chrome. There has been a push to ceramic recently as this has better long-term wear characteristics. The socket also has a bearing surface. The socket can be lined with either high molecular weight polyethylene or ceramic. Most surgeons use the polyethylene, which is in essence extremely hard and durable plastic.

Knee replacements are similar, but different. This has to do with the forces that distribute across the hip and the knee. The knee experiences a vareity of forces like sliding or sheer, whereas the hip has a fairly constant vector of force.

There are other variations to this include ceramic knees or the entire tibial component of a knee replacement composed of polyethylene.  For the most part though, the description above is what makes up most hip and knee replacements. 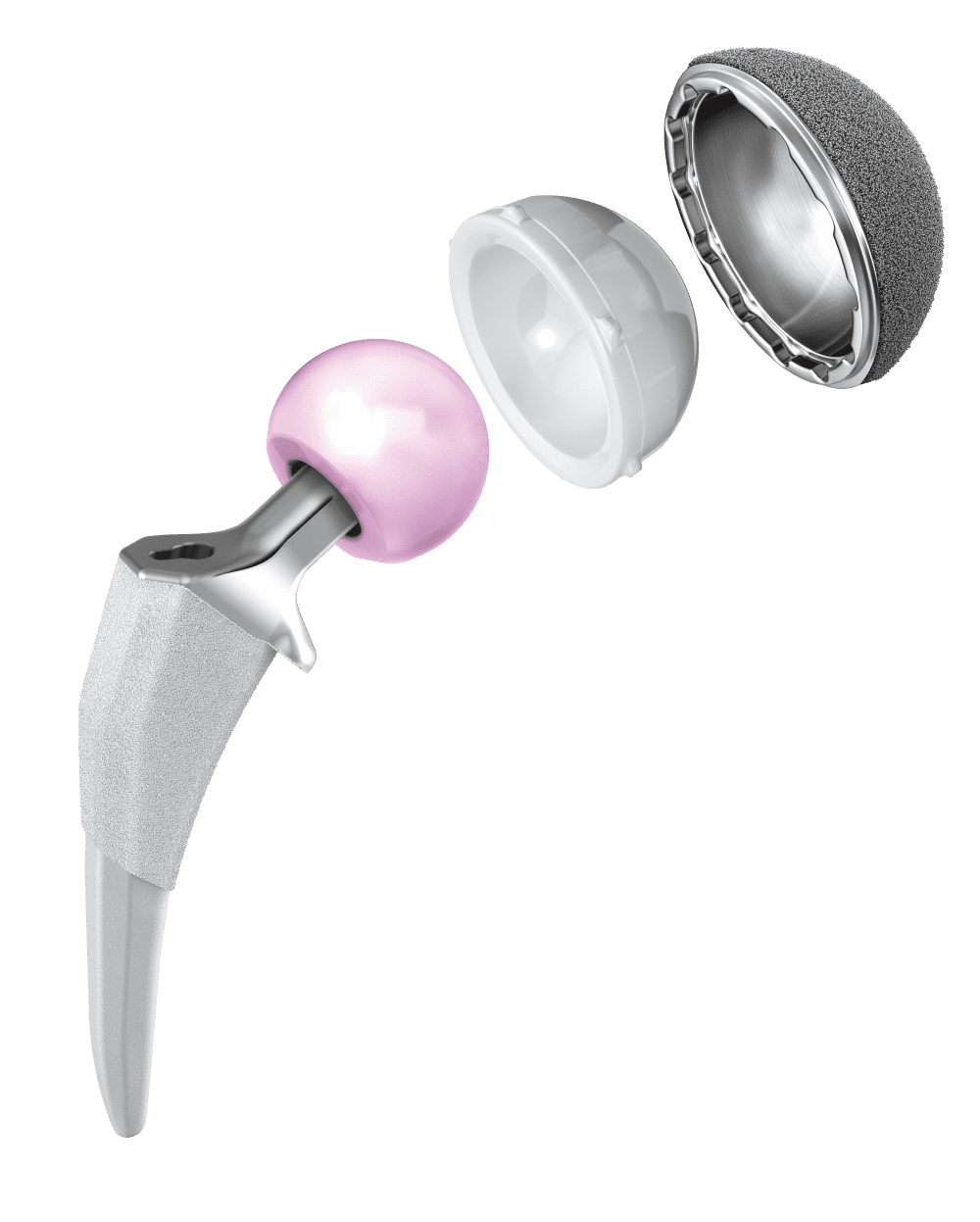 What's My Implant Made Of?

You have questions, we have answers

Flying after total joint replacement may raise some questions. We have the answers!

Patients will receive a prescription for antibiotics for procedures after they have their joint replaced.

Many patients want to get back to their active lifestyle after surgery. That is our goal too!

You can shower after hip and knee replacement!

Make sure to choose a surgeon who underwent fellowship training